The Scope of the Project 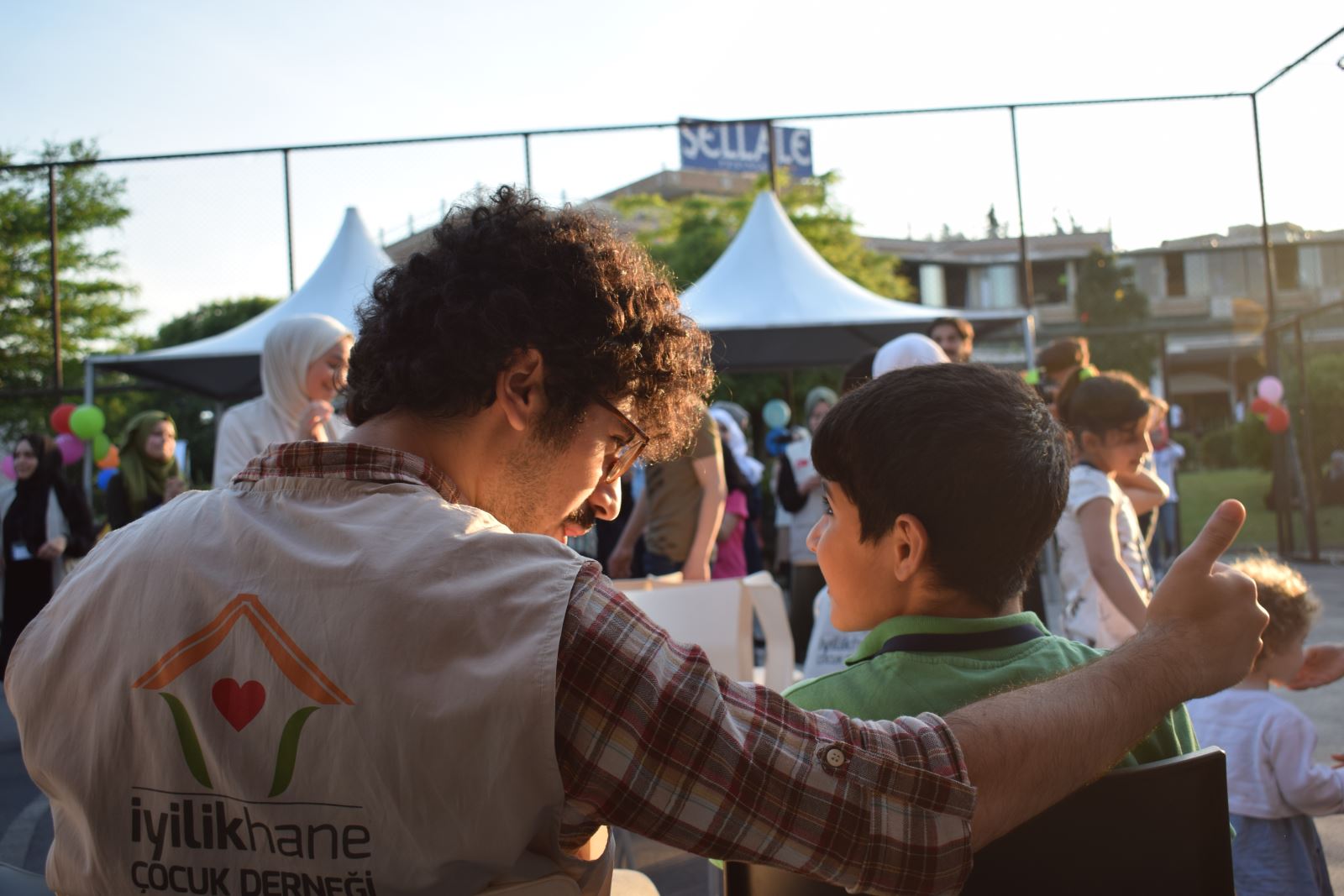 The Affinity Project is an education, social support and guidance project for Syrian refugee children. Within the scope of the project, university student and graduate volunteers provide refugee children with Turkish teaching and reinforcement lessons in our association centre. We also provide
scholarships to maintain school attendance of refugee children and organise games, activities and excursions to improve their social cohesion.

The Aim of the Project

With the Affinity Project, our priority is to establish bonds of affinity between volunteers and children who have been subjected to traumatic experiences such as war, migration, social exclusion, etc., and, through the healing effects of these bonds, to facilitate positive psychological, social and academic development in the lives of children. 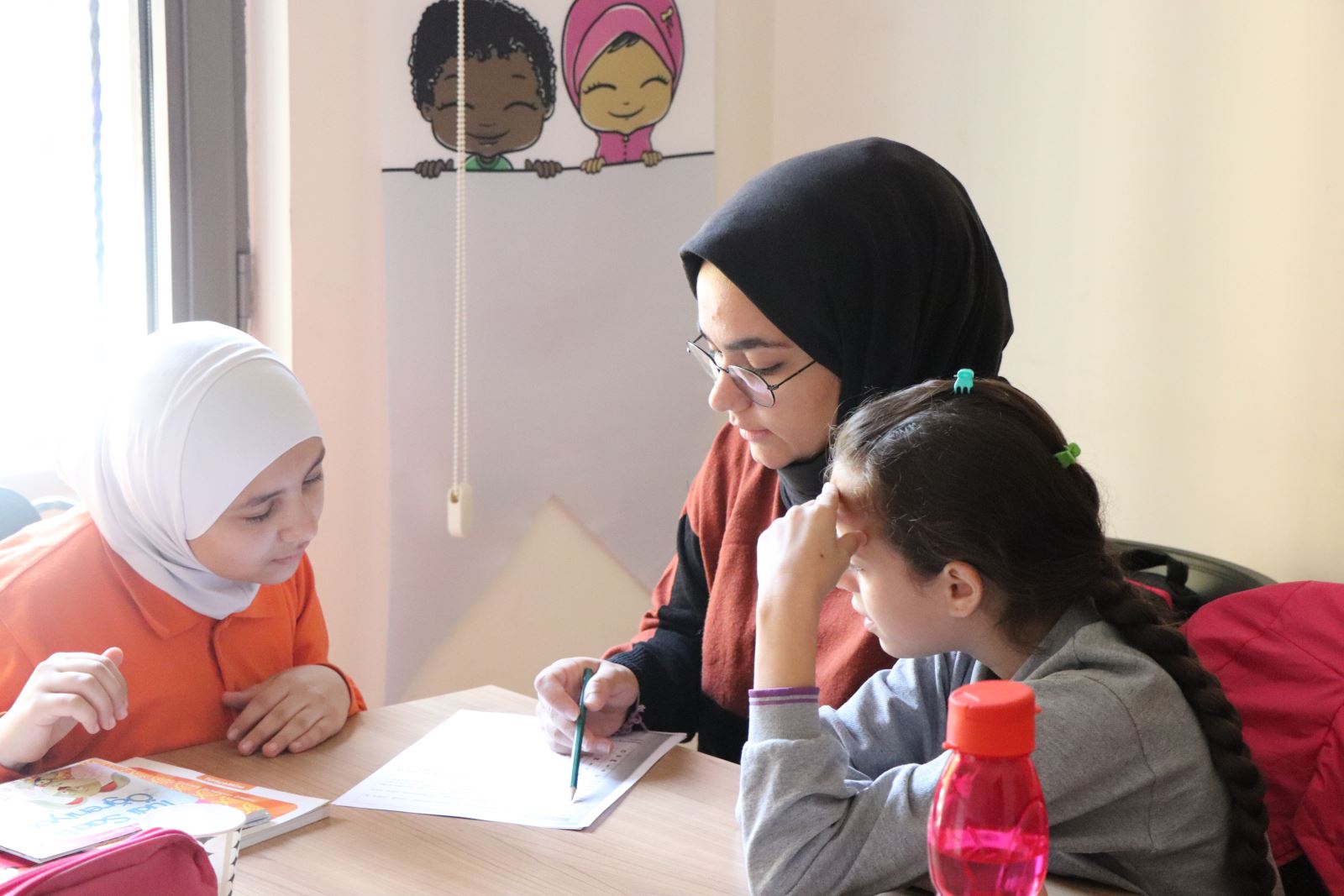 The Goal of the Project

With the Affinity Project, we aim to: 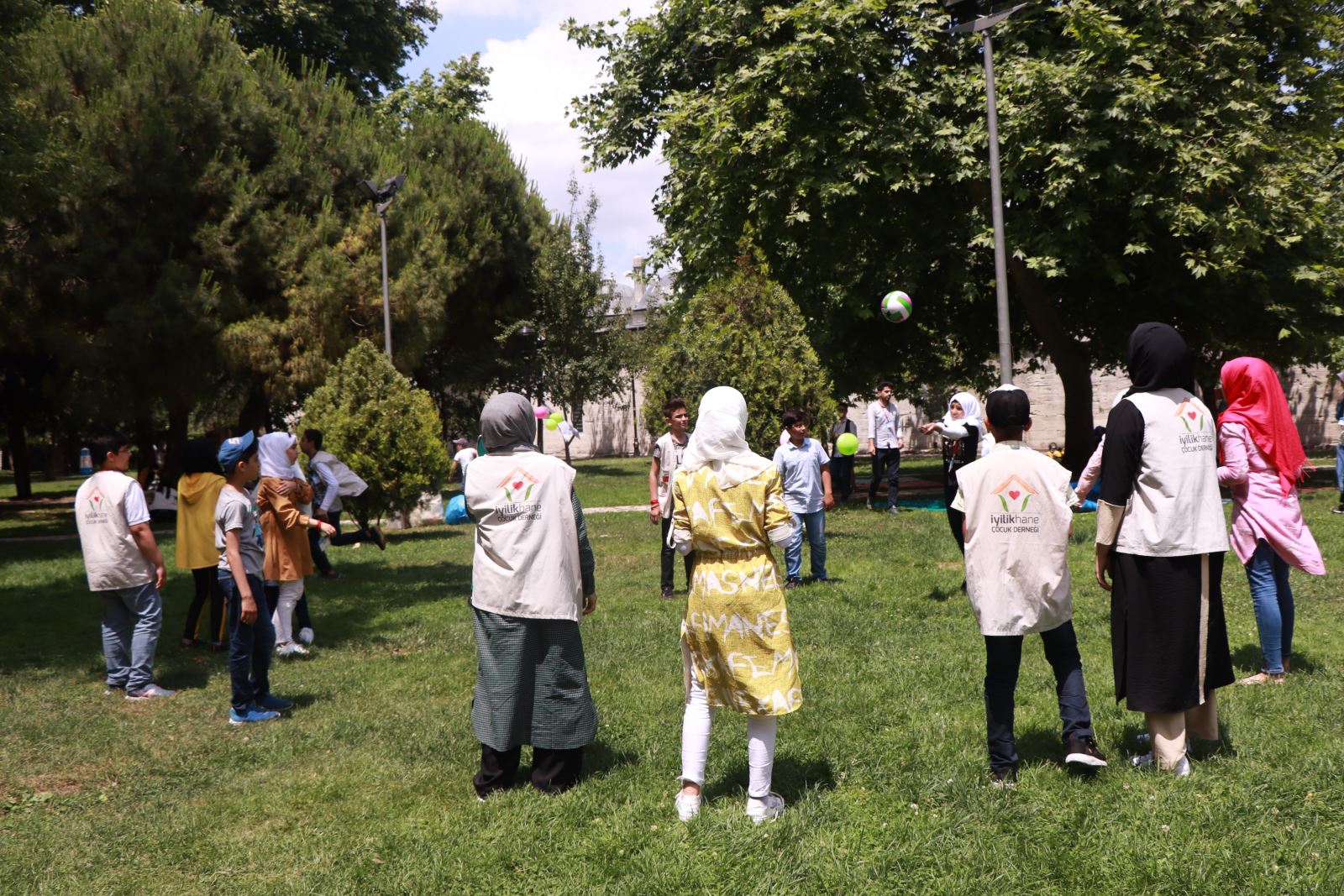 The participants of the project consist of volunteer university students/graduates who are aged between 18-30 and trained in working with refugee and disadvantaged children who are aged 10-14 and who reside in Fatih, Istanbul where our association headquarters is located. In the Affinity Project, we form “affinity groups” consisting primarily of three peer children and two volunteers who come together for three hours a week in our association centre. At these meetings, our volunteers deliver reinforcement lectures based on the individual needs of the children in their groups. Additionally, each affinity group attends an event once a month based on the children's interests and abilities (cultural excursions, sports activities, science-art workshops, etc.). Furthermore, we organise gatherings involving all affinity groups in the project from time to time.

We call for volunteers before each project period and, after candidates’ interviews and completed training, we determine the volunteers who will be employed throughout the term. Successful candidates become an “affinity volunteer” by signing the volunteering agreement. Thereafter, our team conducts counselling meetings every two weeks under the direction of an expert psychological counsellor in order to check in with affinity groups, to resolve potential problems in consultation and to keep volunteers’ motivation high throughout the project.

Detection of children who will benefit from the project

We select children who will benefit from the project among more than 1500 children who are identified during charity work carried out by our association in Fatih, Istanbul, specifically among the Syrian students aged 10-14 who need academic, social and economic support to continue their education. We interview the children and their families, and include them in the project upon signing of our continuity agreement by the children and their parents. Within the scope of the project, we inform families about the project process, the education system and other rights they have. 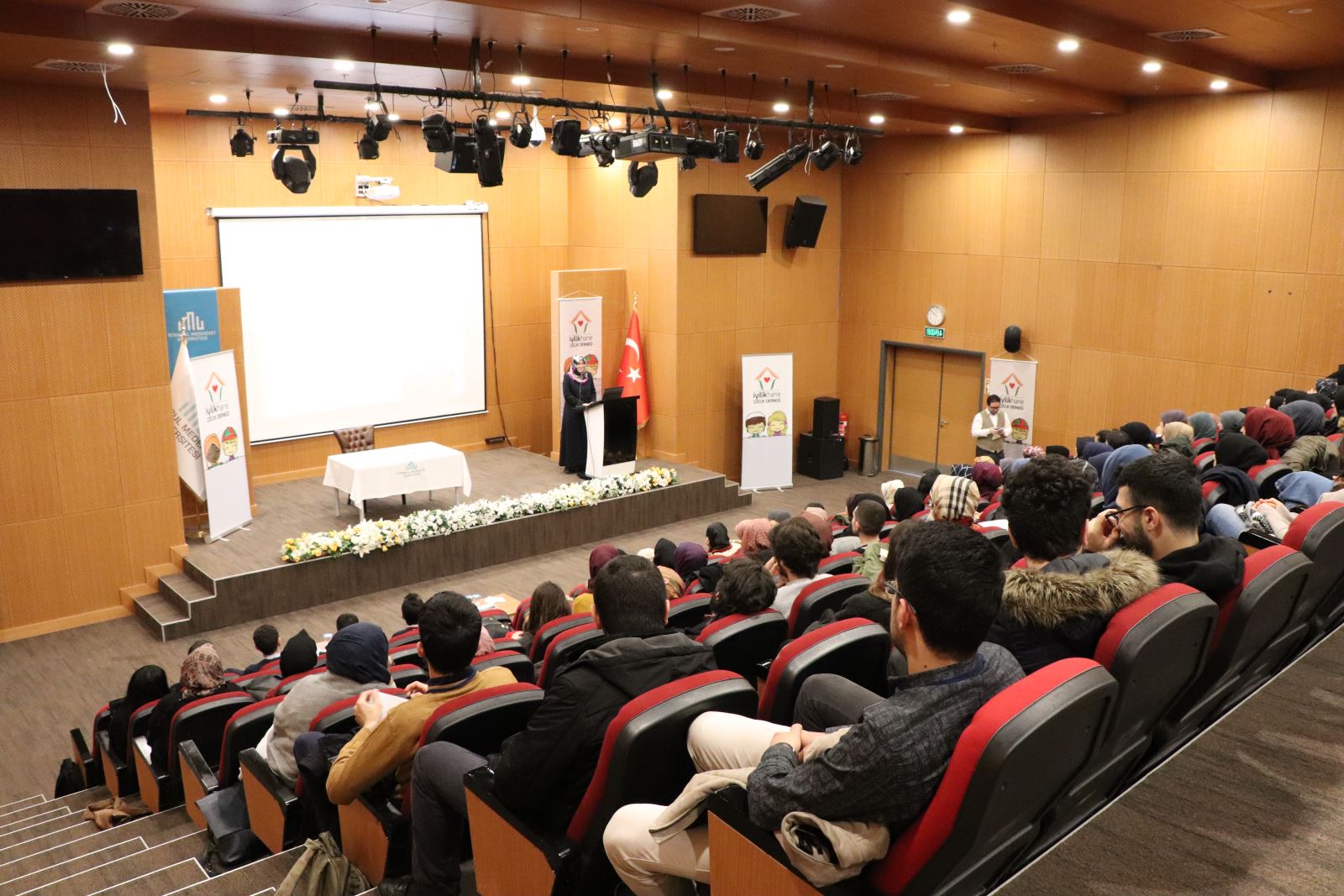 We provide monthly scholarship support to children, to encourage them away from leaving school and working due to financial difficulties, and to make it possible for them to maintain their attendance to gain education while meeting their financial needs. In addition, we cover the expenditures of volunteers involved in the project with a volunteer support scholarship.

We observe the Affinity Project as we would view a research project, in order to measure its impact on children, families and volunteers, 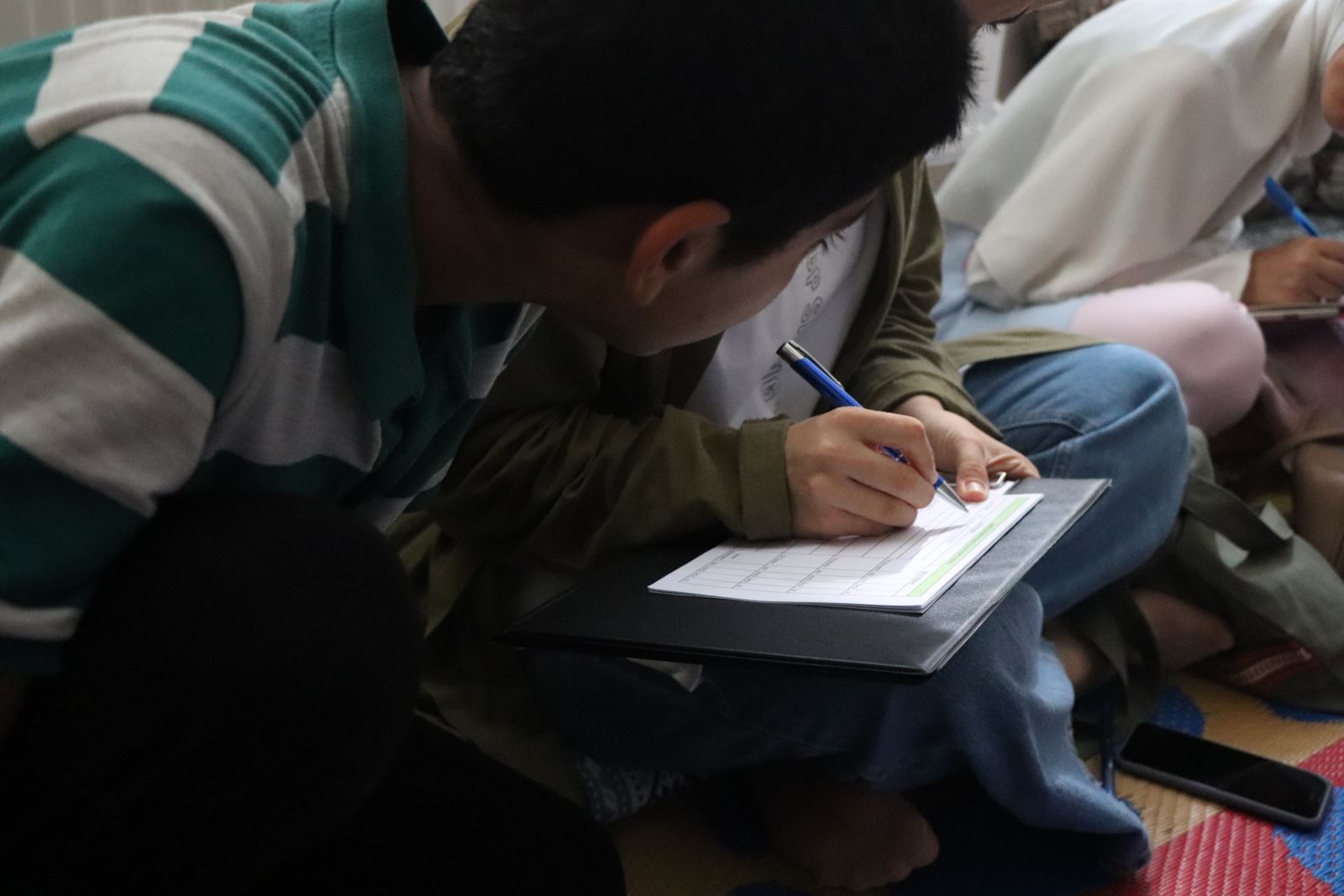 to identify any deficiencies and make changes and developments, and to provide data as an example of the work that can be done by different individuals and institutions. In this context, we aim to cooperate with universities, to follow a process of reporting and analysis under the guidance of academicians competent in the field of social sciences and mental health, to investigate developments and differences with pre-tests and final tests, and to conduct analysis with data collected by qualitative methods such as one-to-one interviews and observations. This is in order to make the project outputs useful in academic literature and to be a foundation 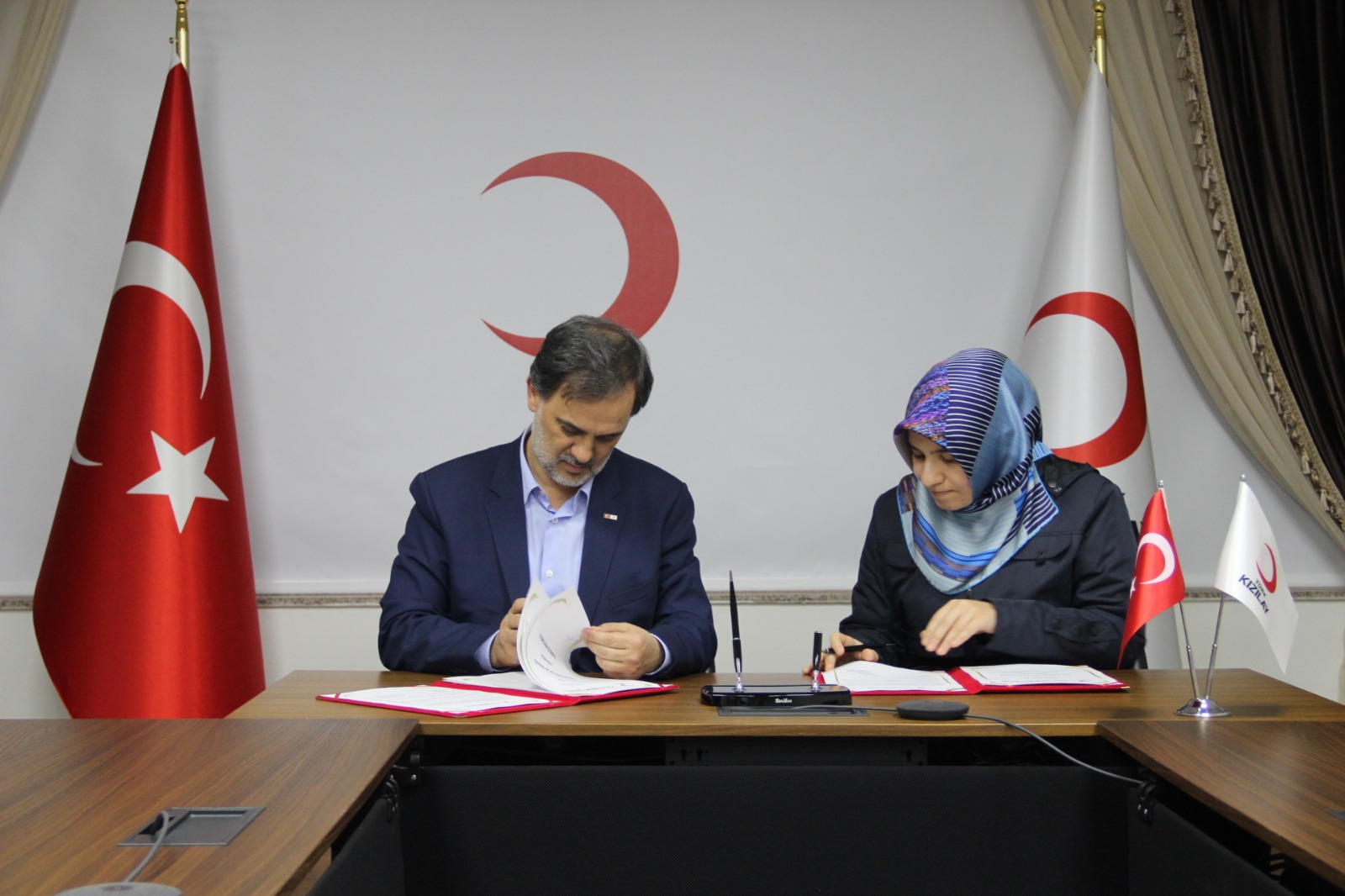 for further studies about improving physical, social and mental wellbeing of disadvantaged children.

How is the Affinity Project funded?

We completed the Affinity Project between January and December in 2019 with the help of our donors. As part of the protocol that we signed with Turkish Red Crescent (Türk Kızılayı) in 13 January 2020, we conducted our project until the end of 2020 with the cooperation of Türk Kızılayı and with the support of our donors. As of 15 February 2021, we are carrying out our project within the protocol that we signed with the Ministry of Youth and Sports for a period of one year.